In the pre-dawn hours, we watch their shadowy forms on the shallow waters of the Rio Grande valley here at Bosque del Apache National Wildlife Refuge, south of Albuquerque. The birds are still, their long necks tucked into the feathery comforters of their backs.

We are not alone in the watch. The photographers  are there too. They’re setting up tripods and readying extremely long lenses for the dawn show. In contrast, I have my modest Canon Powershot SX50 and a very good pair of Swarovski binoculars.  Steve and I are here for the drama and the cranes, the magnificent ancient cranes bugling in the day.

As the magic 7 am of sunrise approaches, the cranes stir and then something else happens. Arriving form the south, we see pearly strings of snow geese flying toward us in wave upon wave. The honking geese of the Arctic  descend to mingle with the cranes as a rosy sky tints the horizon. 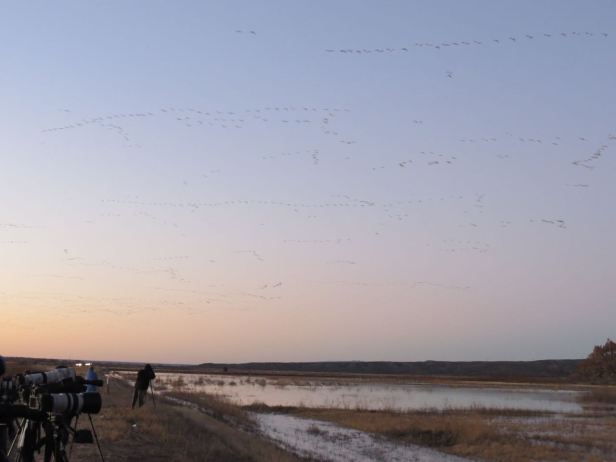 “Oh my. Oh my!” I can’t resist calling out (as the barrage of long lenses start clicking away). I’m not using any equipment now, just watching and listening and merging or is it emerging with  hallowed birds?

Steve takes photos for a bit, while I tuck cold mittened hands in pockets and pull my hood closer around my face. The temperatures are in the low 20s and standing still takes energy. I long to turn my head around and nestle into a bed of feathers. No wonder most of the cranes still tuck in this way, often standing on one foot. Yet, the snow geese jostle  and the cranes flap their wings to regain balance and accept their presence. Perhaps the geese add  more warmth.

The snow geese are restless. They fly up and depart again like half-flung necklaces into the lightening day. The sun rises. The sandhill cranes illuminate and we see those glorious crimson patches  on their foreheads. We start to make out pairs, trios and perhaps larger families within the flock of hundreds upon hundreds.

Then, a lone crane lifts into the air in a great sweep of wings and flies straight overhead, its long neck outstretched and dark legs trailing behind. The cameras whir and click rapid-fire. 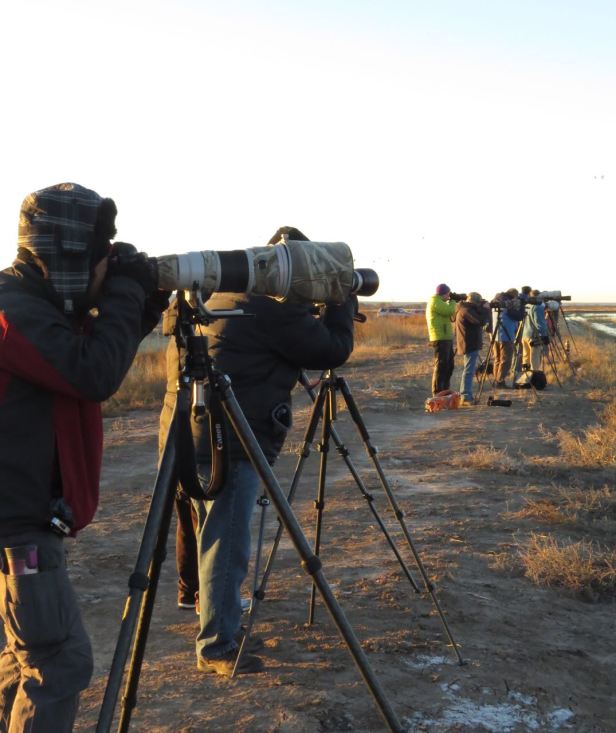 Slowly as the sun warms, more cranes awake and gradually take to the sky. There’s no dramatic show of the entire flock lifting up at once. Instead, we witness the singular beauty of one crane,  a chance to linger upon an ancient shape in the sky and honor an intricate social system too. The families are strong. Pairs mate for life. They dance often to strengthen their bonds. 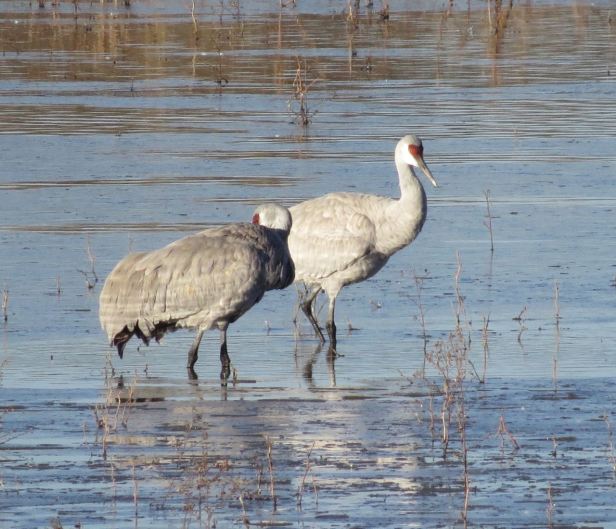 Later, Steve and I stop in the visitor center and I’m delighted to see the interpretive panels I wrote more than a decade ago (designed by Missoula’s Wendy Smith) are still there and intact with messages on the long lineage of cranes and the message of cooperation and dancing in synchrony, in pairs, alone, or in a flock.

It’s enough to make me reach out to Steve at this moment-my wonderful dancing partner-and spin in his arms.  As we approach the winter solstice and the Halcyon Days, here’s to learning from cranes. Dance  more and surely the world would be that much more peaceful. Listen to the calls of all birds without cameras or even binoculars and feel their ancient rhythms. Then? spin around and smile. 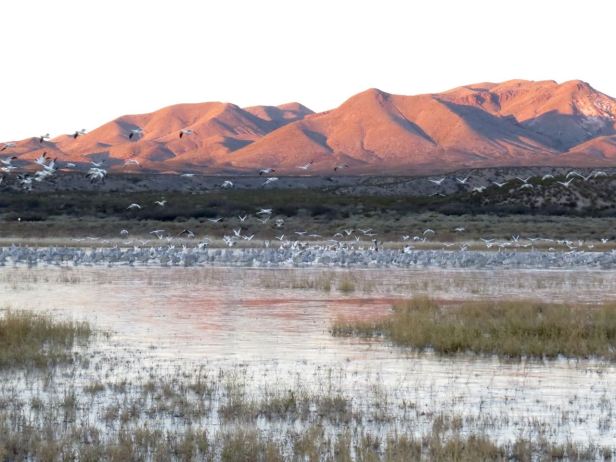 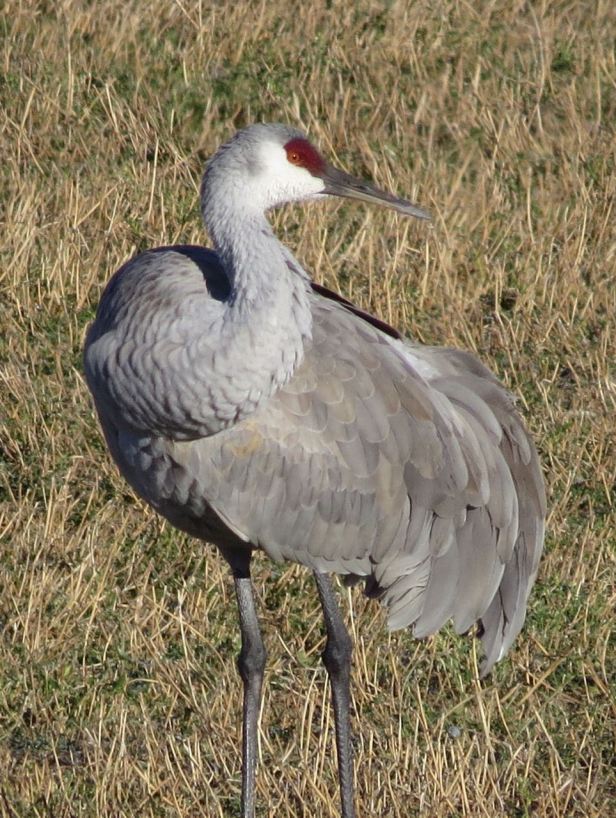